The universe in StarMade is almost infinite; it would take more than ten thousand years to go from one end to the other using normal server speed. There are many objects, AI ships and the occasional creature. It can be very hostile, but beautiful too. The possibilities for exploration truly are infinite. 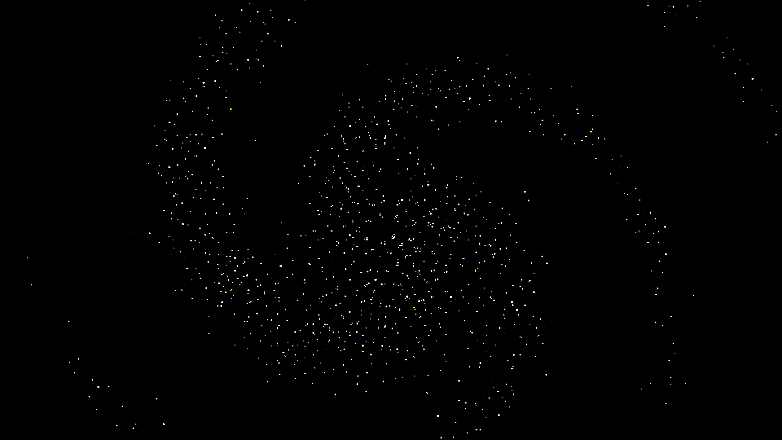 A galaxy from above.

The universe is made up of cubic areas, called sectors. Each sector is 2000 x 2000 x 2000 blocks. 16 x 16 x 16 sectors form a system, there are 8589934592 sectors in a galaxy. In a system there are orbital planes. There are two types: asteroid orbital planes and planet orbital planes. An orbital plane has numerous sectors assigned to it. There are two sector types that go with those orbits: asteroid and planet sectors. Planets only spawn in planet sectors. Asteroids spawn in large amounts in asteroid sectors, and if a sector isn't an asteroid sector it still has a chance to contain asteroids, but that chance is very low, and if asteroids do spawn in those sectors, they will be few in number. In systems with a star there will also will stations and shops scattered across the sectors.

There are also galaxies in StarMade. They all have the same general shape: a center with spiraling arms. Galaxies are made from star systems. Each star system has a random star color, and each star has a random name. The name of the star also is the name of that system. Further away from the galaxy center star systems get less common, until only the empty systems remain. The empty systems don't have any orbital sectors, stars or planets. There is also a third type of systems: wormhole systems. These systems only contain a wormhole, and no other structures, asteroids or planets. Wormholes are connected to other wormholes. In the map the direction of the wormhole can be determined by looking at the small arrow on the line that connects two wormholes. Stars and wormholes can be seen from multiple systems away.

There are eight asteroid types, and each has its own unique rock, ore and crystal type that can be used in manufacturing. There are five planet types: green (Terran) planets, yellow (desert) planets, red (burnt) planets, white (ice) planets and purple (alien) planets. Each planet type has its own unique atmosphere color. Planets are made up of segments. Segments are the shape of a pentagon, and together the twelve segments form a dodecahedron. Each segment contains two random resource types. Planets can be seen from a neighboring system. There are also blackholes (or wormholes) that can suck in unsuspecting players or unwatched ships. Players should take caution not to fall into them, which will cause you to teleport across the system.